My “relaxing” weekend begins with my watching political reporters and talking heads arguing with one another. They sound more like columnists espousing their own views as they present bias questions to candidates. There are tensions among the electorate and strong rhetoric on both sides of the issues. I listen in hope of learning something new.

There is a lot of noise coming from the television set. I turn the channels and look for a program that is going to help me escape the political hullabaloo. I feel stressed watching the political scene and try to find a program that will be entertaining. As I flip through the channels, rejecting a series of infomercials and reruns, I decide to watch a new game show, Idiotest, but this also stresses me out, as I try to get as many questions as possible correct, and often fall short.

I watch as two pairs of competitors are tested on their observational skills and general knowledge. During several rounds, the contestants look at pictures that appear on a giant touch screen. Although these pictures cannot be simpler, most contestants fail to answer correctly. Although I am far from perfect, I continually hope that I will learn a better way to creatively find the right response. I wonder if the candidates running for President would get any of them right, as well.

It is starting to appear to me that a political interview show and this game show are more alike than different. In this case, both types of television programs show you that you need a heightened sense of logic to explore what is being said, whether political in nature or whimsical. Both programs teach you that you need to think outside the box; to keep an open mind while watching; and to consider whether it is logical and reasonable to think the way you do. Both programs help you to keep check on your thinking patterns for inaccurate perceptions of the facts. They help us to not have all or nothing thinking, where you believe that the election is either going to end terribly or those contestants will never get their one million dollar prize.

I still occasionally attempt to make sense out of what I see and hear on television although it has simply become a lot of noise. And so, I decide to shut it off. I hope that I can find meaning in the silence as that is the place I learn the most. 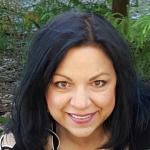